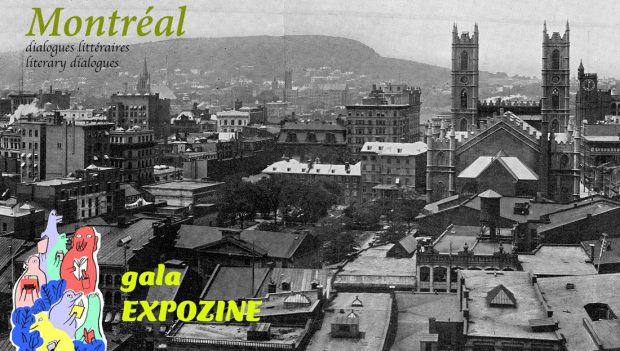 A literary dialogue between Montreal’s past and present, English and French. Poets read literary excerpts set in Montreal itself, from the 1800s to the present day, by a wide range of Montreal authors including some works by the readers themselves! To mark the anniversary of this storied city, the reading will go back and forth between readers, between French and English voices, between male and female voices, between vastly different eras in literary Montreal.
Material for the reading has been selected from eminent figures in Montreal’s French and English literary scene, drawing from collections such as Archive Montreal (including the Expozine archives), the Musée Littéraire Gaetan Dostie, private collections and the public domain. Some of Montreal’s most established as well as up-and-coming readers will take you back through the decades, to long lost corners of the city, to the fringes of the so-called “solitudes” mixing little known or unknown writers with more familiar literary voices.
An ARCMTL/ Expozine and Blue Metropolis Festival production.

The Expozine Alternative Press Awards recognizes the best publications presented at last November’s Expozine small press fair. The winners will be announced at the Gala and copies of the 36 short-listed publications will be available for sale at the event!