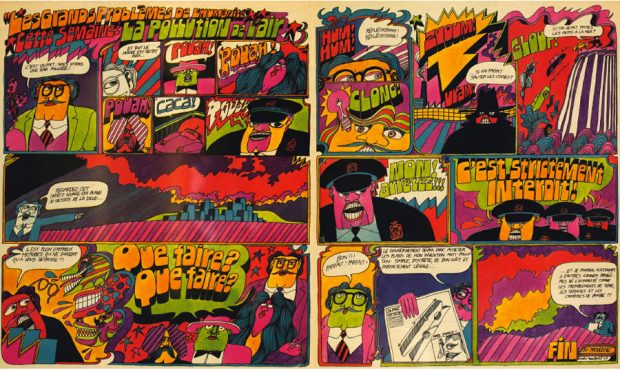 André Montpetit (“Arthur”) flashed like a shooting star through the Quebec art scene. A designer with an incomparable imagination, he lit up the late 1960s with his illustrations the poster and comics scene before disappearing completely, leaving behind few traces …

As part of Expozine 2015, the ephemeral exhibition “Arthur, lost in the night” lifts the veil on the enigmatic and little known aspect of his work as an important pioneer in Quebec. Silkscreens, proofs and drawings will be displayed for the first time in public. Excerpts from the documentary “In the footsteps of Arthur” will be available ahead of its premiere on November 15 and 22 at the Montreal International Documentary Festival (RIDM). A must for lovers of underground comics and art! 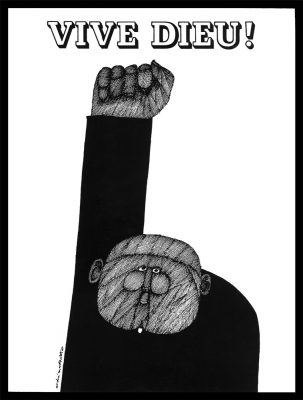